There are many ways to make a mosaic—one could use glass, stone, photos, mirrors, seashells, plates, anything broken really.  Whatever the medium, the process is the same – broken pieces are put together to create a beautiful, new image.

Redwire AV recently installed an LED Clear Pixel video wall at Mosaic Church in Memphis, TN.  Their name reflects their mission –which is to bring people of all different races, cultures, and economic statuses together.  Here is their story.

About the Pastor:
Ali Chambers was born and raised in Memphis in a multi-ethnic family.  His dad is an African American from South Memphis (originally from the delta), and his mom is from Iran.  Ali was exposed to many different cultures very early in life.

At the age of 8, Ali’s friend invited him to a children’s program at Liberty Memorial Baptist Church. Shortly after, Ali’s parents began attending church, converted, and were baptized.  Ali made a profession of faith at the age of twelve, but it didn’t become real to him until he was in high school.  He was baptized when he was twenty-one years old.  Growing up, Ali was surrounded by diverse cultures everywhere he went—just not in church. This birthed a passion in him to look for the same in the Church.

Ali met his wife, Anetta while attending college at Central Baptist College, in Conway, AR. Anetta was born and raised in Poland. After coming to the United States, she often found herself connecting with refugees. Ali and Anetta married in 2003, moved to Memphis, and went on to have three boys.

How did you begin serving in ministry?

“[At first] I didn’t know where I was going to serve.  There was one church that called me about a youth pastor’s position I applied for.  And he just flat out said: ‘we couldn’t have you as our youth pastor because our people wouldn’t accept that.’  He said ‘it’s the same in the Black church too.’ I understood the context.  I’m from here, so it didn’t shock me.  I’m never shocked by it- just frustrated by it.”

“By God’s grace the church [where] I grew up, Liberty Memorial, had an opening for me and they were more than willing to let me cut my teeth in ministry.  And it was already a mixed church.  I was in ministry there for about 7 years and began having a burden to see the church [as] not only diverse, but also reaching people with the gospel who aren’t being reached by our churches.  So those two passions set the course for Mosaic.”

How did you decide on the name Mosaic Church and when did you launch?

“I’m driving and I’m thinking, ‘if this is what God has called us to do, what would we call it?’  The image of a mosaic came to mind.  This image of one singular picture and idea- but being captured by ALL different types of items- from different colors, textures, and shapes.

“I wanted to see a church where we could be different together: a place where people could be who they are and be completely accepted, and be around people who are completely different, and feel like family.  That’s where it started.”

“I wanted to the be in the city, so one area that stood out to me was Grahamwood Elementary.  It’s one of the most diverse schools in the city both culturally, ethnically, but also economically.  So that’s where we launched in 2014.  We were in the elementary school for about 2 years.  The set up and tear down was a lot, so we found a location on Tillman, [which] was very different.  It was a storefront on the second floor, but we gutted it.  It definitely wasn’t space where we could grow.”

How did you come to your current location on 815 N McLean Blvd?

“In the summer of 2018, I felt like we needed help.  I needed help —not just in terms of people.  We needed help in terms of gifting.  I’m a visionary, but I’m not very hands-on and detailed.  There are some things about leading a church and steering it forward that I’m weak in.  I needed someone who could bring different gifts- that was more administrative, more detail-oriented, and more strategic than I was.  Little did I know, we needed more help than that. There were people who were about to move that I didn’t know about. Our worship pastor was wanting a break and I didn’t know that.  So, God is sovereign.  He already knew all that was coming.”

“Justin Burkhead [former pastor of Living Hope Vollintine Evergreen] and I have known each other for four years.  I was somewhat familiar with their ministry at Living Hope VE.  I’d preached at Living Hope Piperton a few times.  Justin reached out to me in October to have coffee.  He asked, ‘what can we do together?’ I love to network and connect so I said, ‘Let’s go to breakfast and talk.’  I suggested, ‘what if you thought about becoming a part of Mosaic and becoming one church?’  I felt like that would automatically shut the door.  They were already thinking about an identity change, so he presented this to the elders at LHVE and began a slow process of talking.  We decided at the end of 2018 to move forward.  I was able to see Justin’s gifting come out- with a clear plan… and he did a great job.  Our first official Sunday was Easter.  And it’s been great.”

Are you seeing your desire for diversity come to pass?
“In some ways, yes.  In some ways …. it’s a little forward-thinking for Memphis.  Because I’ve grown up in these cultures, I also know what they expect really well.  I know the barriers.  I know every Sunday what we are doing as a church that keeps people from connecting.  The problem is –it would violate the church if we cater to one demographic.  For a lot of African Americans, they want to be a part of a church that is a break from White culture and Latino culture.  And I understand that.  While we are doing things that cater to diversity, we are also doing things that challenge diversity a little bit.  Which is what a mosaic has to be.”

“My dream is for any given Sunday, people come and are uncomfortable, because they are always with something that is a little different from their norm.  Which is what we need.  I think too much of our identity is wrapped up in our skin color and not in Christ.”

“…. I see glimpses of it.  I had an African American member, Ray, who came up to me after our Mother’s Day service and said, ‘why didn’t you say Happy Mother’s Day in Spanish?’  And I thought, “He gets the vision.”

Can you tell me about the culture of your church?

“If you zoom out, a lot of what God is doing through The Church–from Genesis to Revelation—He’s repairing what is broken.  We are making disciples, sharing the gospel, bringing reconciliation.   But in all those things, God is taking us back to what we were designed to be, [which includes] racial reconciliation.”

Mosaic Church is a part of God’s big over-arching plan to renew everything.  We are making disciples who are living out the kingdom in a new way.  A new way of being human.  That’s what we are called to do as a church.  This bleeds into our neighborhoods and communities.  We have people who are a part of non-profits, people in education, people who are intentional about being in the city and for the city.  It’s all part of God making all things new.  Our communities become better because God is working through us.” 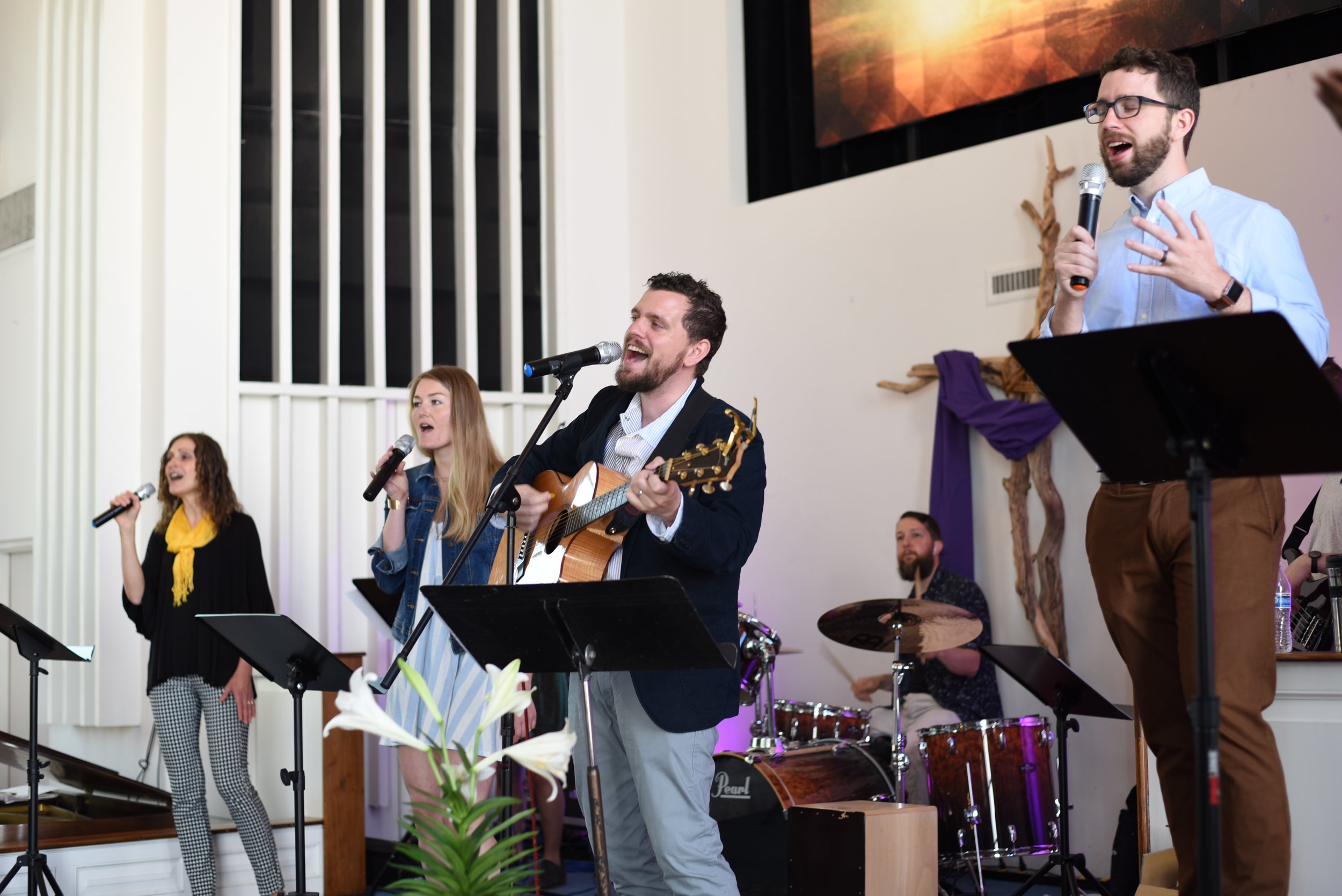 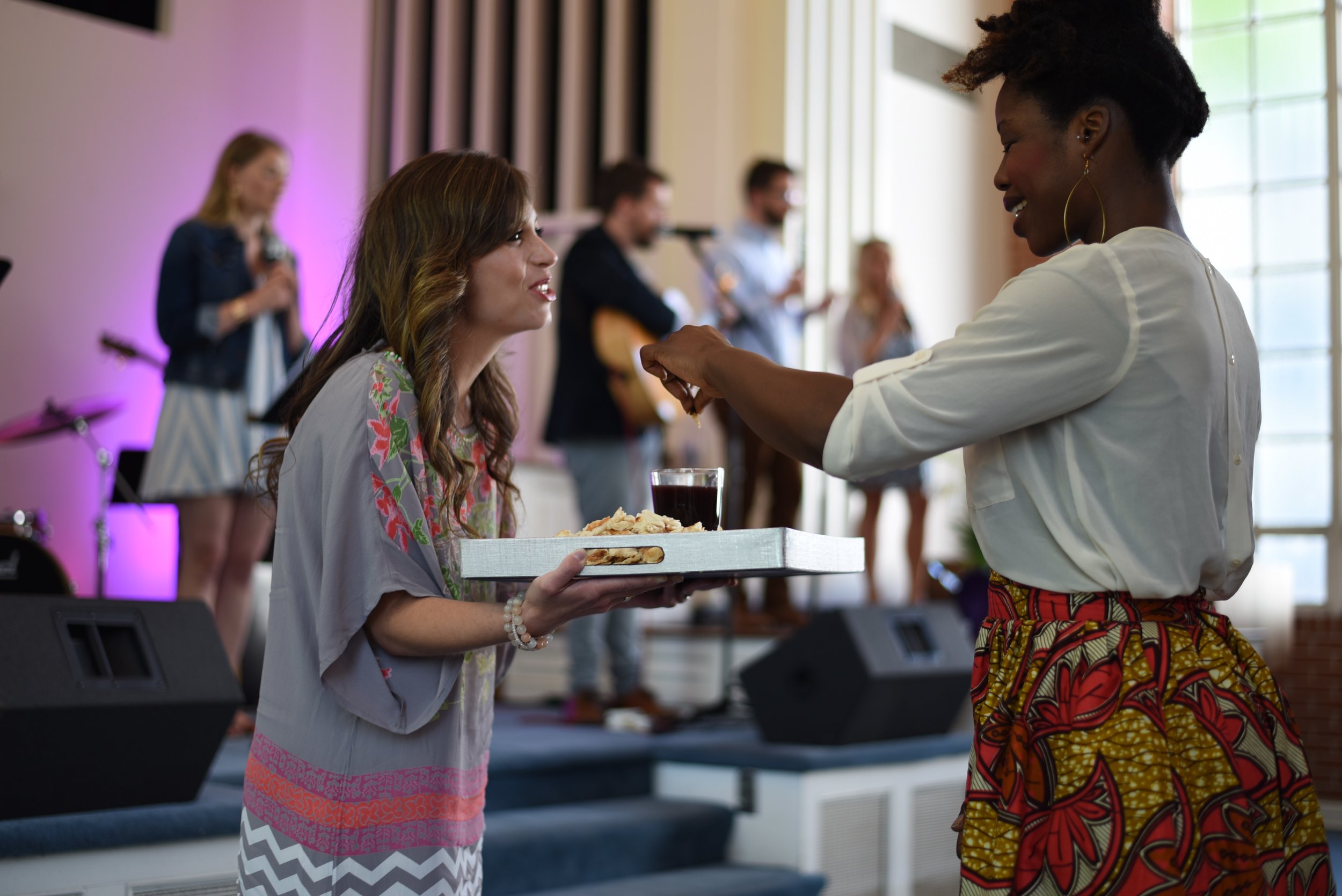 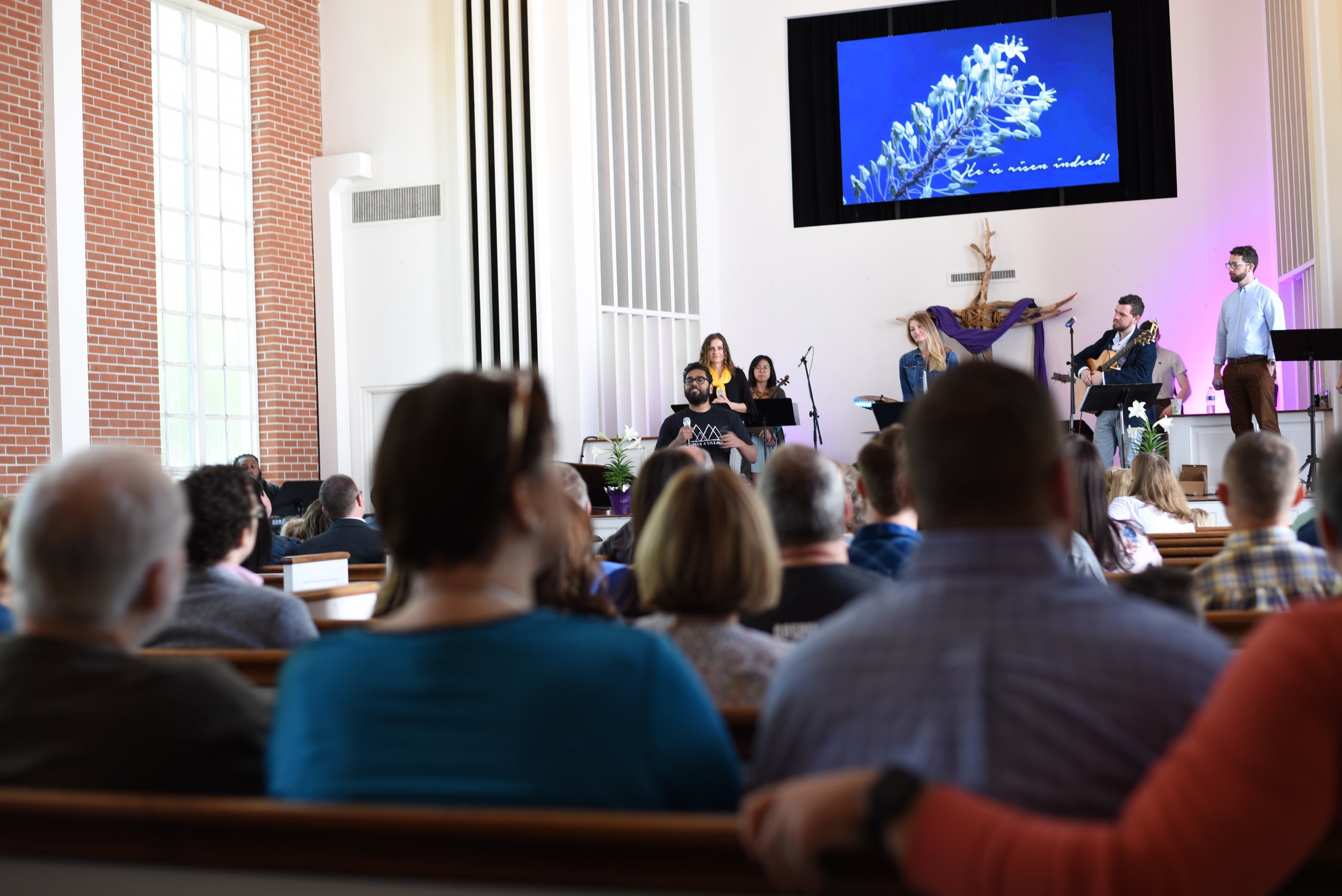 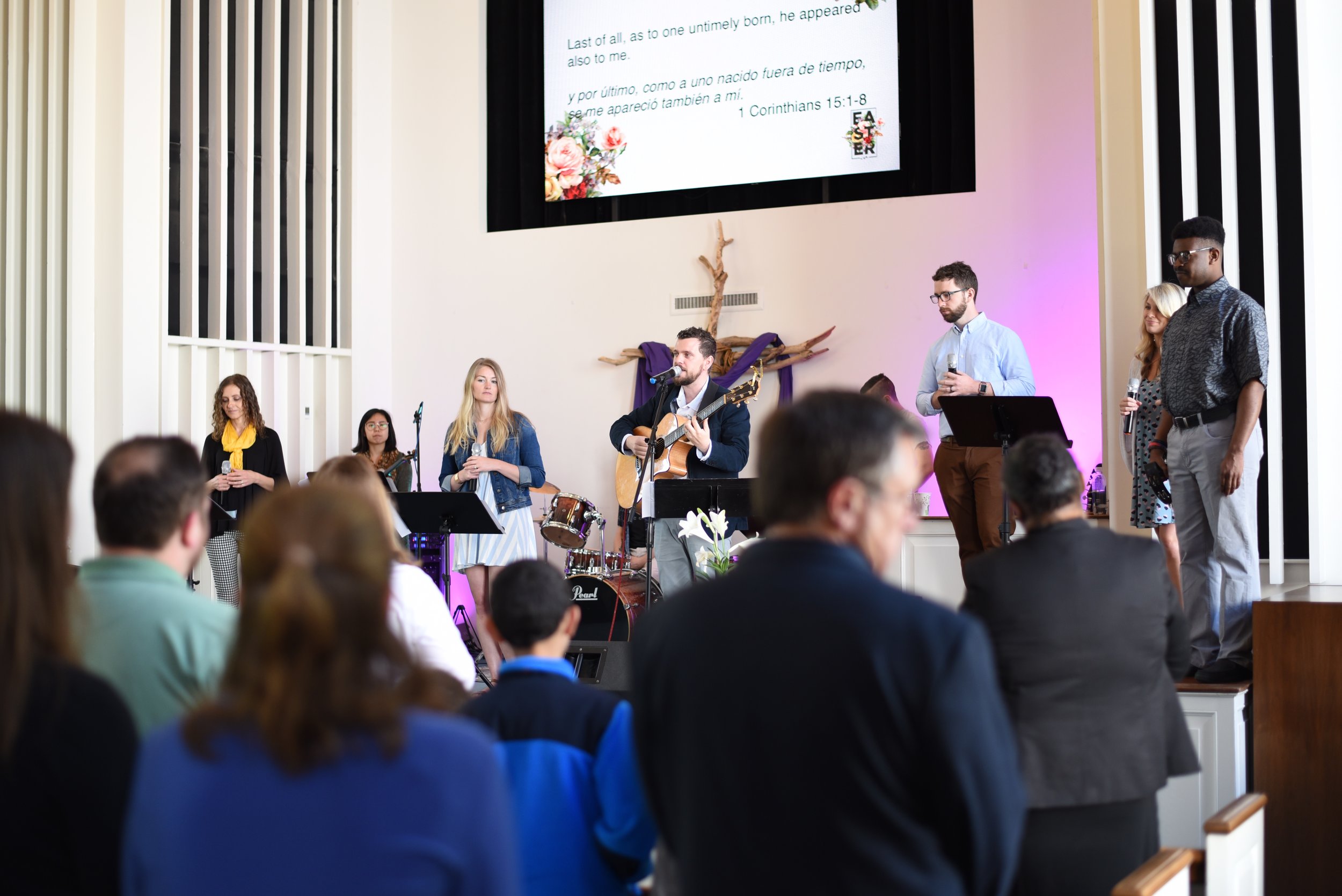 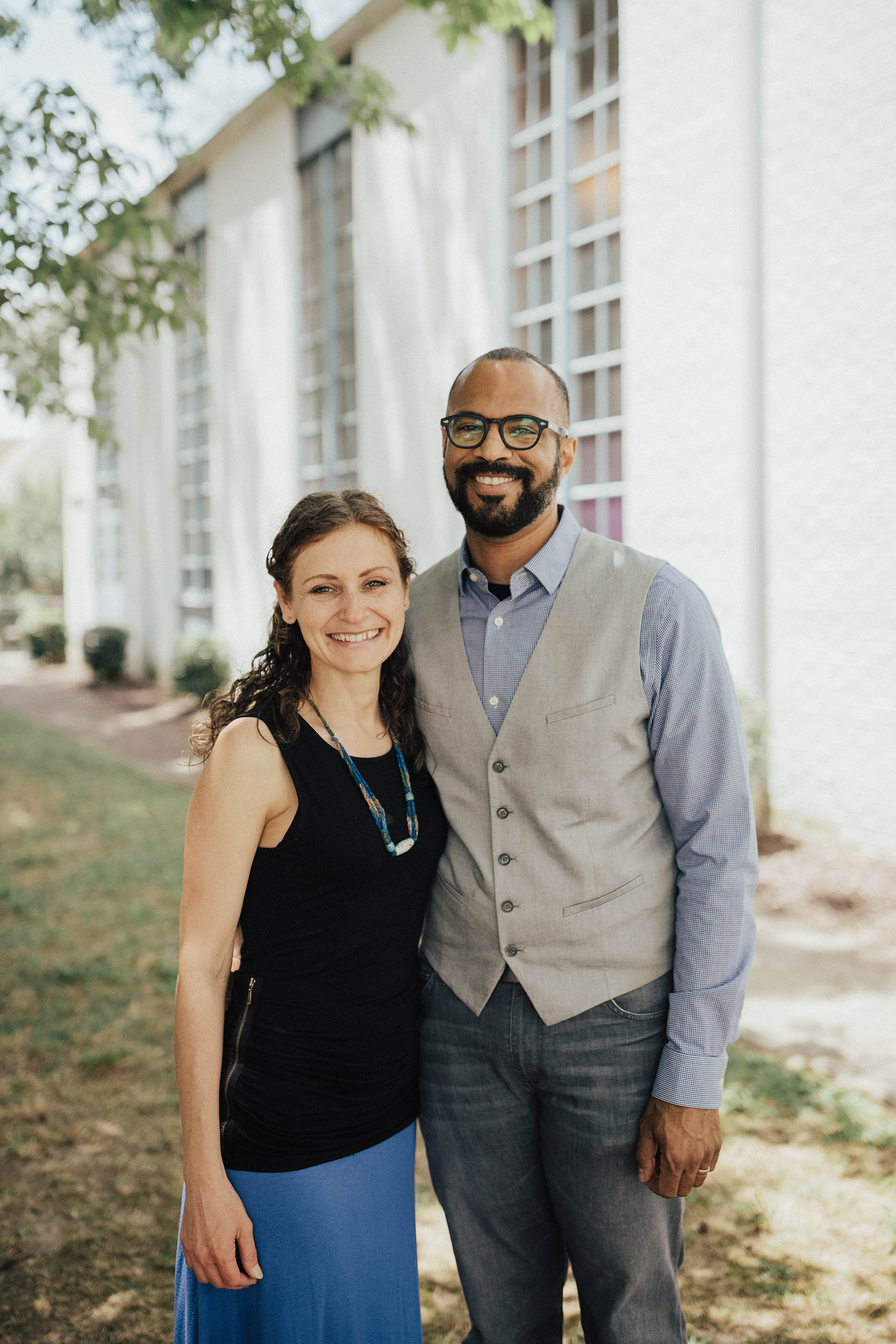 *For more information on their LED video wall install, check out our Projects page: https://www.redwireav.com/projects

During this season of giving, we would like to share an audio visual project that is very special to us, as well as and the man who brought it to our attention: Broderick Connessero. We are so thankful for the work he’s doing in Memphis and the intentionality of his church in the Orange Mound community. We are happy to be partnering with Broderick, and we hope that you are blessed by his story!

­I recently sat down for a few minutes with David Lewis, Worship Pastor at Living Hope Church in Piperton, Tennessee to discuss his personal journey into his current profession.  Tim Johnson, Redwire's Founder, has worked alongside David for over a decade, and considers David to be a good friend. Over five years ago, David encouraged Tim to create this company.  Living Hope Church was one of Redwire AV’s early customers, and many of the employees at Redwire have a connection to Living Hope and/or David Lewis in some capacity.  We are so thankful his support over the years, and we hope this interview blesses you!