Redwire Audio Visual has been fortunate to work with some incredible organizations over the last few years.  One ministry in particular, has made a significant impact on us: Prodigal Pottery in Birmingham, AL.  Last year, we had the privilege of providing audio visual support and an 18’ LED wall for their fundraising event. Their work made such an impression on us, we wanted to share their story with you.

Prodigal Pottery was birthed from a ministry called King’s Home, which is a women and children’s shelter for women fleeing from abuse and homelessness.  In the beginning stages, the staff knew they wanted to provide a safe and therapeutic work environment for the women in King’s Home.

Jamie Johnson (now the director of P.P.) envisioned creating items the women could sell to help teach entrepreneurial and professional skills.   It wasn’t until 2014, when they received a donation of a kiln and pottery supplies, that Prodigal Pottery took shape.

Since that time, they have also partnered with Wellhouse, another shelter that serves women who have been rescued from sex slavery.  The women in this ministry go through a two – year program to help promote healing.  After the first year, the women are able to work, and some have chosen to work with Prodigal Pottery.  Many times, these women have a very low self-worth, are working through PTSD, and are struggling with relationships -especially when it comes to interacting with men at work.

Whether the women come from King’s Home or Wellhouse, Prodigal Pottery employs 8-12 women at a time.  And many of these women share similar backgrounds: addiction, drug rehab, prison, and domestic violence. Their lives have been filled with disorder and pain.  Prodigal Pottery allows them the opportunity to learn job skills, relationship skills, and build their self-esteem — all while encouraging them in their healing process.

For a glimpse into one woman’s story, I would like to introduce you to Tosha:

“ I started using drugs at a very young age. I was about 13.  I had a baby when I was 15. And then two years later he drowned in our family’s pool.  I went deeper into the drug world after that, just looking for anything I could find to numb myself out…

I met the guy that soon became my husband.  We were about 18 when we got married.  I had my daughter Peyton, and then two years later I had my son Jayden.

When Jayden was 3 months old, my ex-husband shook him pretty much to death.  He went to children’s hospital where he had to have emergency brain surgery to relieve some of the swelling.  He passed away in October of 2012…

Right after Jayden was put in the hospital they took my daughter away from me.  They told me that if I did all these steps — that I would get her back.  And I didn’t do the right steps like I was supposed to.

I started hanging out a lot of with the wrong people. Wrong crowds.  The drugs just got worse.  At one point I was homeless for about a year; I stayed in a car wash next to a Salvation Army… where you would just kinda walk the streets and hope that there was a church or food bank that would feed you. There’ve been points that I ate out of a parking lot and out of dumpsters.

I honestly thought that was the future I had — that I would never be anything more than that.

The last time I was in jail — is when I can see now –– that my life changed.  When I got out, it’s almost like my mindset swapped.  I was headed to get my next fix.  I didn’t want it, but I didn’t know what else to do.  It was all I knew.  One of the girls I was in a rehab with, noticed me and stopped and picked me up.  She was like, “I know just the place to take you.”  So she stopped by the store, got me a few things, took me across the street.  And that’s where my long journey of rehab started for real…  I stayed in there for about 8 months doing really well.

It was co-ed rehab and we had some guys that came in from prison.  One of the guys broke in my room one night and tried to rape me.

I relapsed after that.

I didn’t know what else to do and I didn’t have anywhere else to go.  One of the counselors there knows the director here at King’s Home and was able to get me in the same day.

I knew that if I didn’t do something and if I didn’t change something, that I’d never see my kid again.  One of my roommates was telling me about Prodigal Pottery and how I should just come down and check it out.  I met Jamie, and next thing I know, I had a job.

When I first started, I had the worst outlook on the world.

I didn’t trust anyone.

I didn’t love anyone.

I didn’t even want to talk to anyone.

It got pulled out of me.

That’s when I was poured into with love and care and understanding and grace.

After about a year, I was full enough to be able to pour into someone else.  And that’s the favorite part about this job to me — to stop looking within myself, and to reach out and help someone else who needs it.

A big part of that is what gives me purpose.

Being under Prodigal Pottery’s wing has made more of a difference than I think any place has in my life.  Not only do you get to learn this new trade, but you get to hear other stories that are so much like yours and you don’t feel alone.

I’m now no longer homeless. I have my own apartment and my own car. I have a home.  I never knew the love that the Lord had for me.

I’ve had everything ripped from me.  [God] gave it back. As He saw fit.  He’s changing my life in a new direction, for His purpose. And I’m just so amazed by it all. And everyday there is something new He is showing me that I never would have seen had it not been for this place.”

Tosha graduated from King’s Home three years ago.  She is now Prodigal Pottery’s assistant director and outreach director.  She sets up all of their church partnerships and local pottery shows.  While she does not have custody of her daughter, the Prodigal Pottery staff was able to get her a pro bono lawyer who helped her get a better visitation schedule.  She now sees her daughter every Tuesday afternoon and has two weekends a month with her.  She will try to regain custody of her daughter when she turns 13 (and the courts take her daughter’s wishes into account).

For more information about this organization that is transforming the lives of at-risk women, please go to: https://www.prodigalpottery.org/

If you are interested in supporting this ministry, please consider their subscription service called Hope Box, which is $30 a month and includes 1-2 pieces of Prodigal Pottery as well as 2 items from other social enterprises from around the world that seek to empower women and men in need of Hope.  Lastly, if you would like to make a one-time purchase, be sure to browse their soap dishes, ring dishes, and oval platters, which are half price during the month of March. 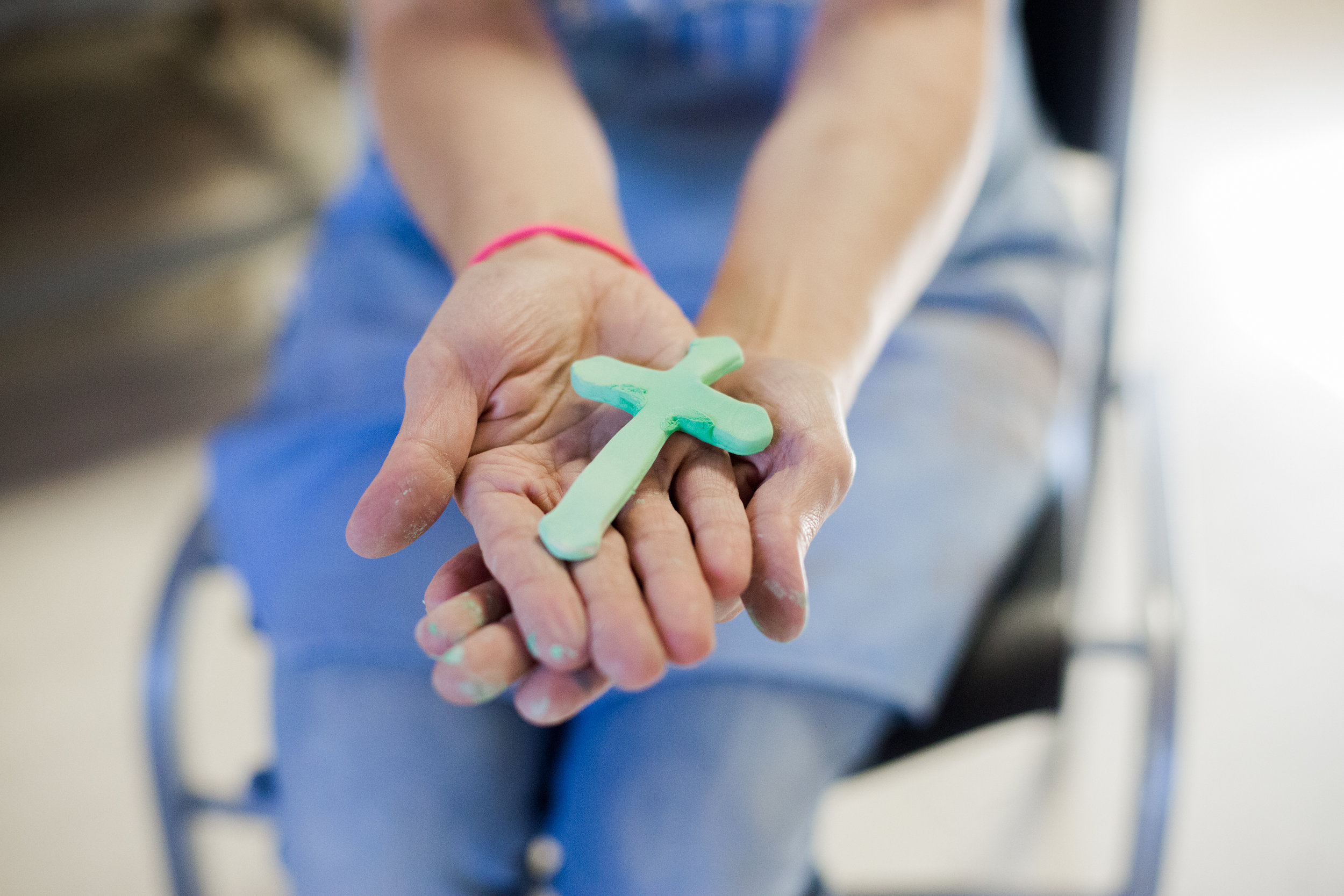 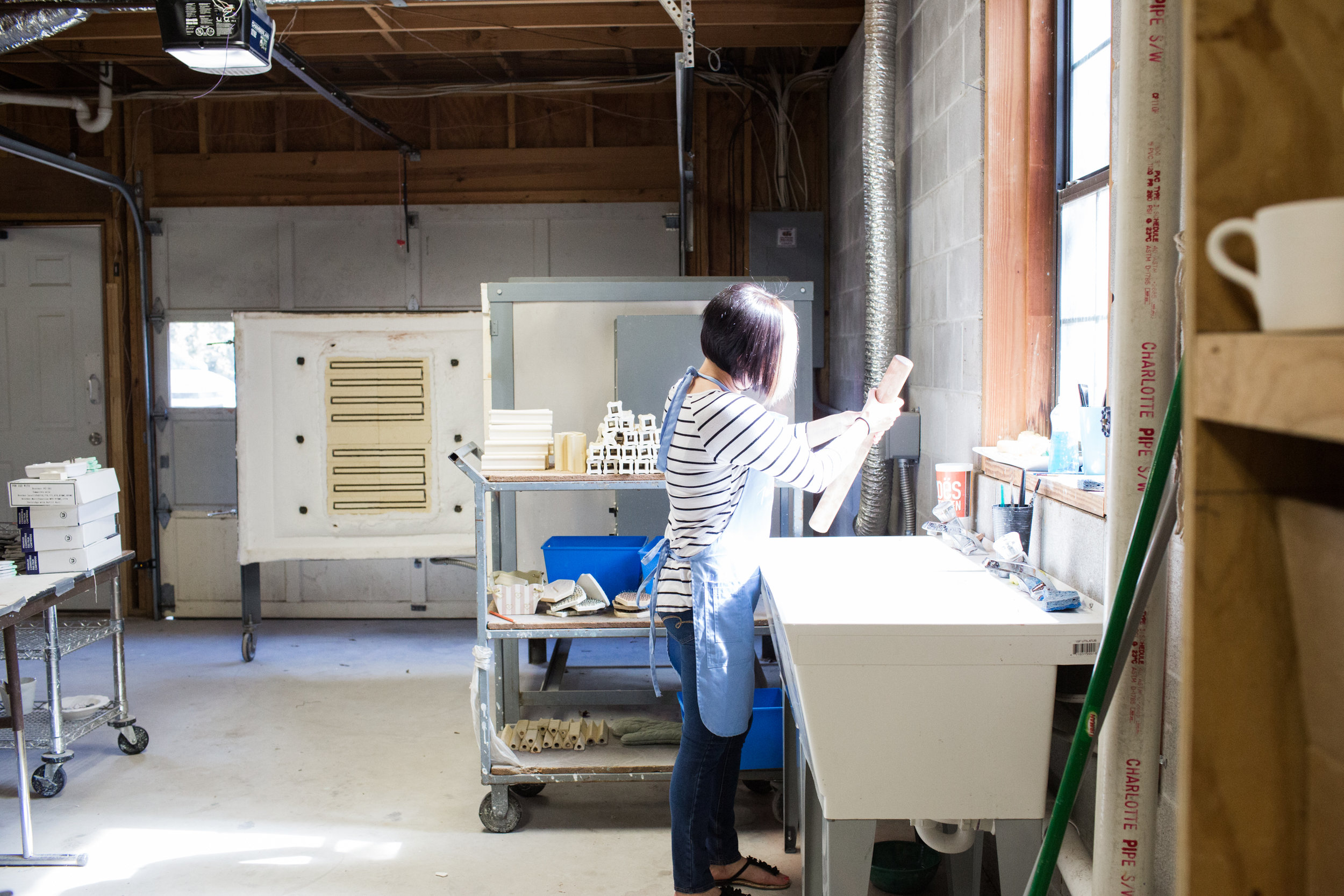 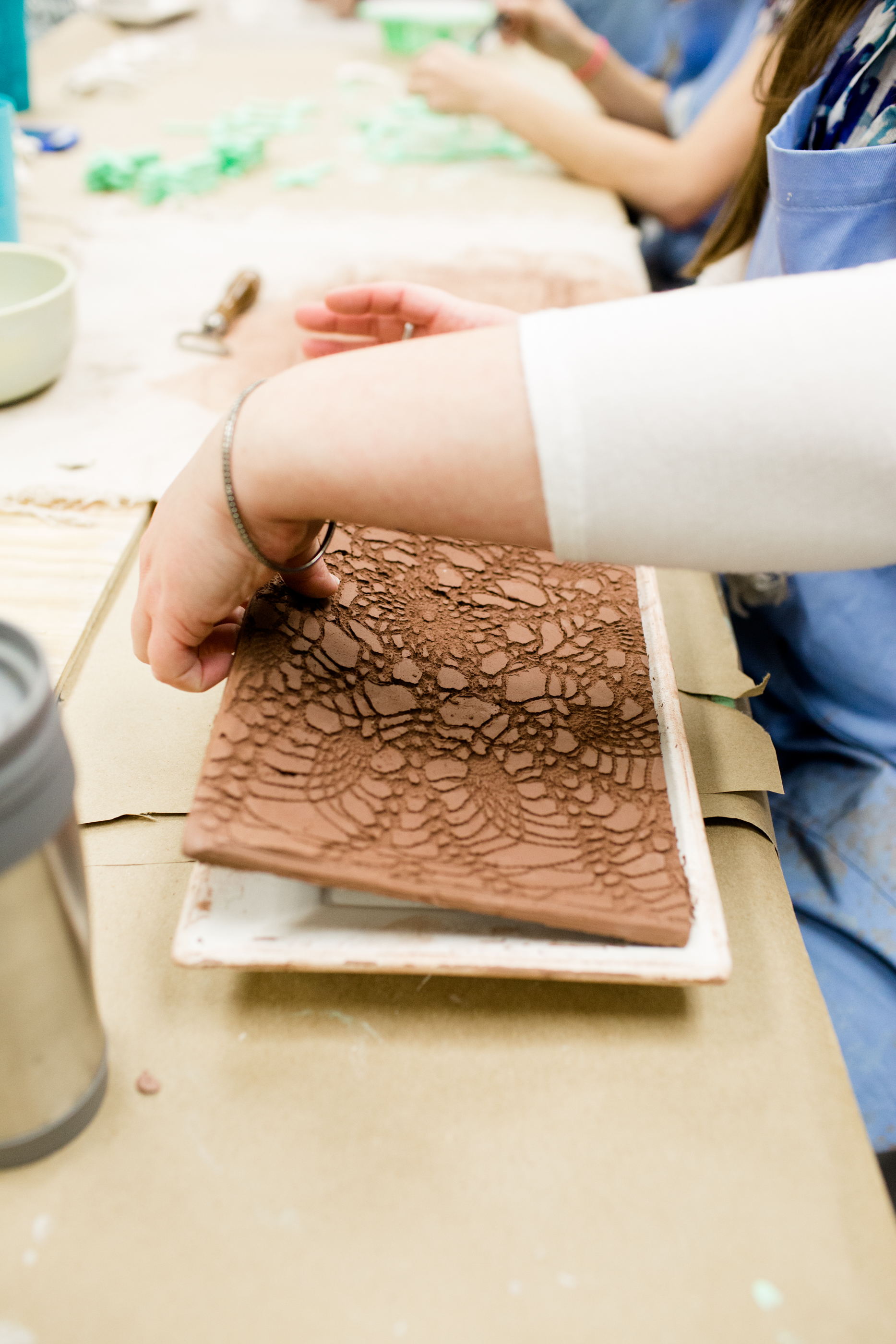 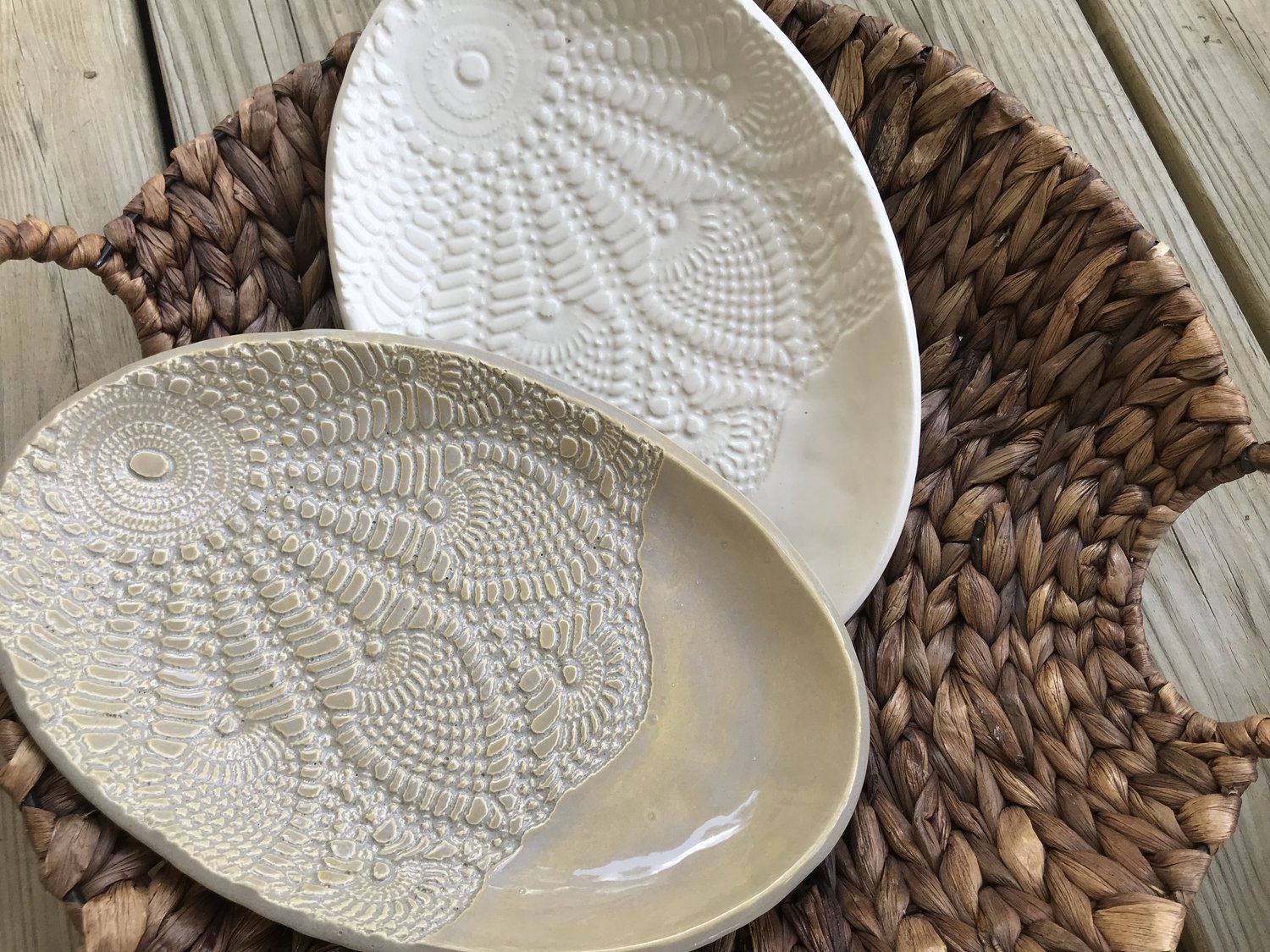 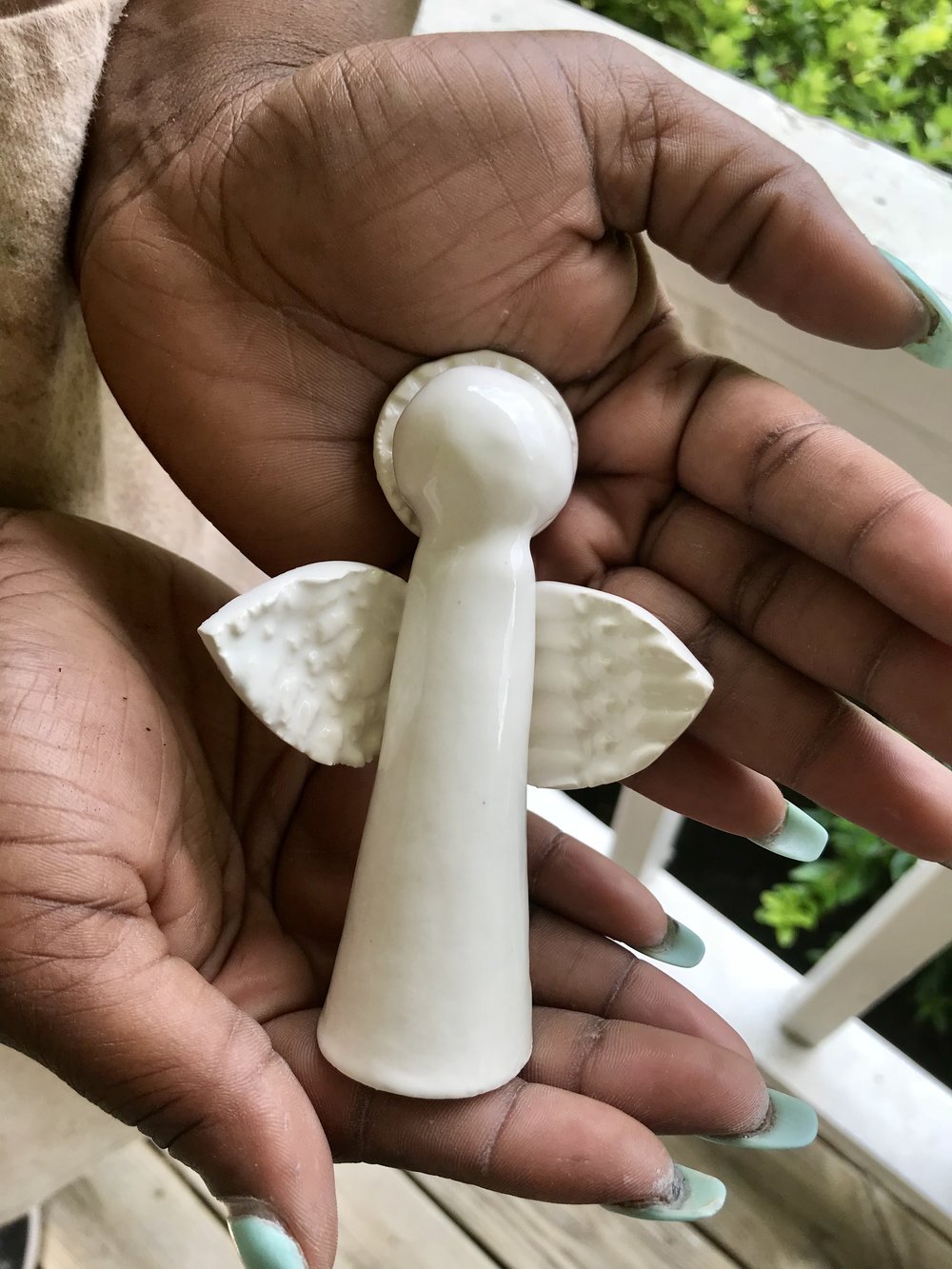 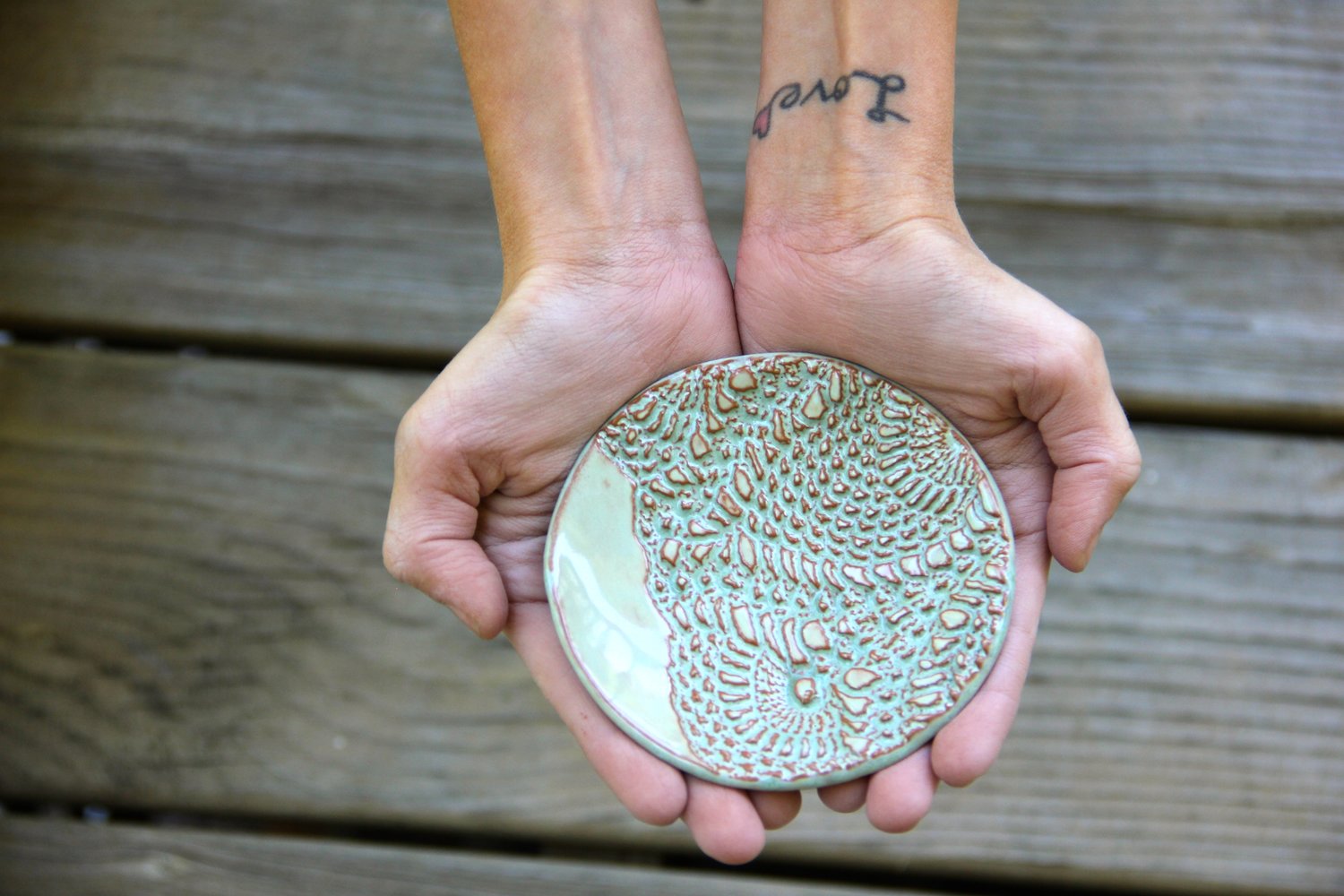 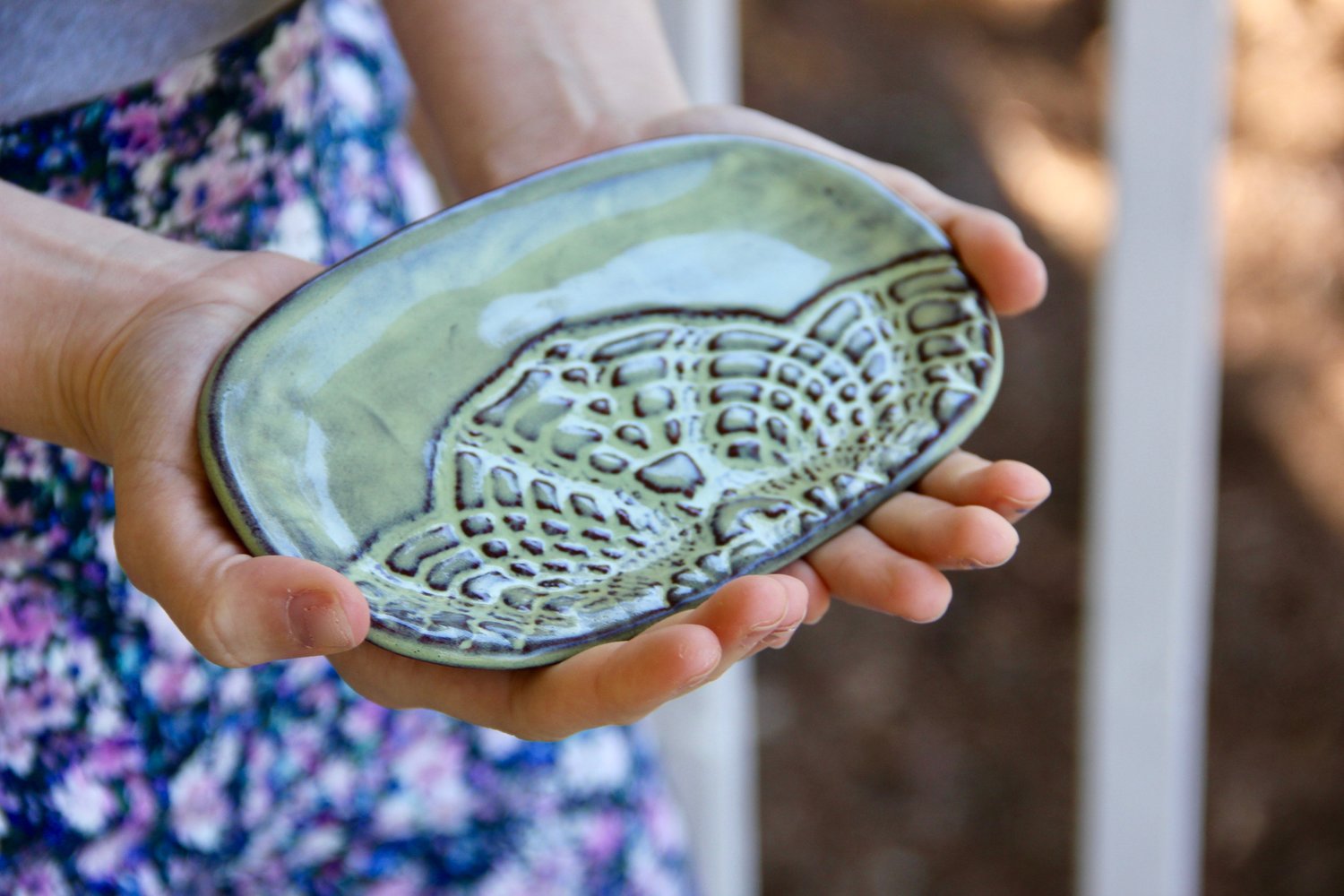 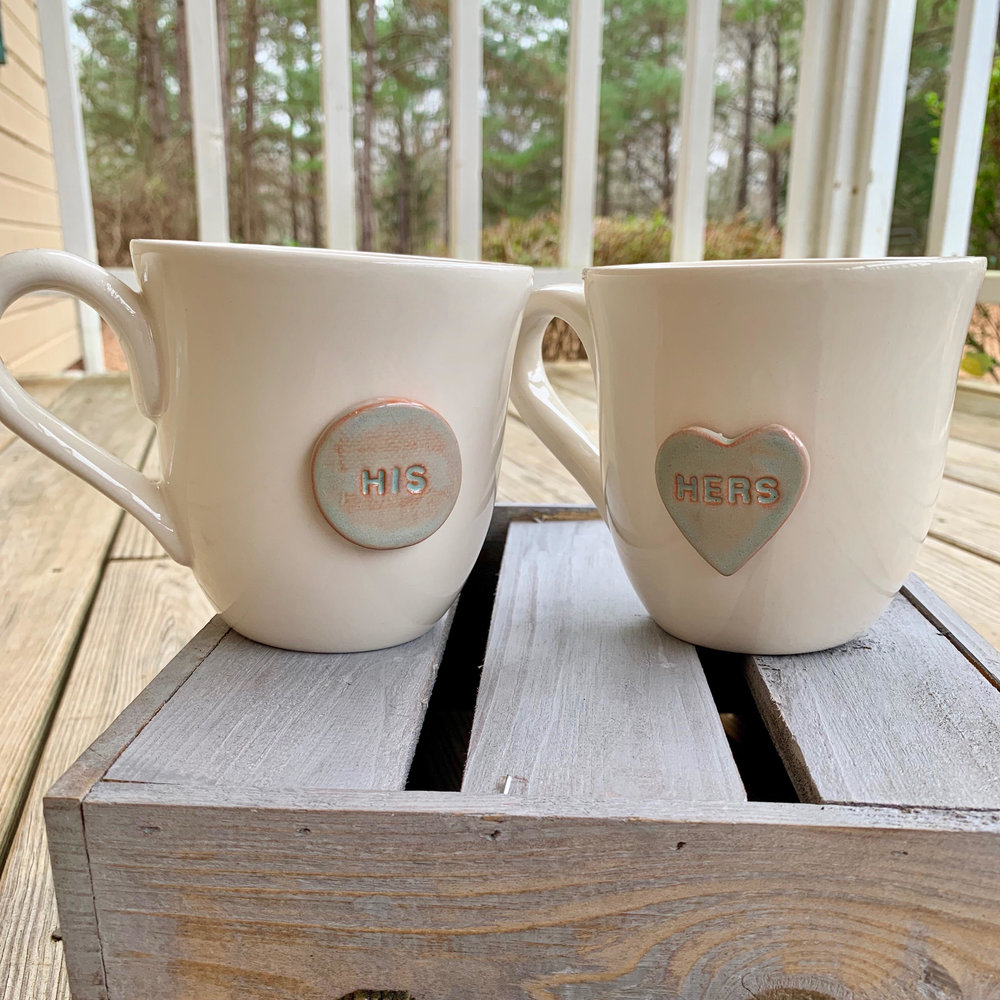 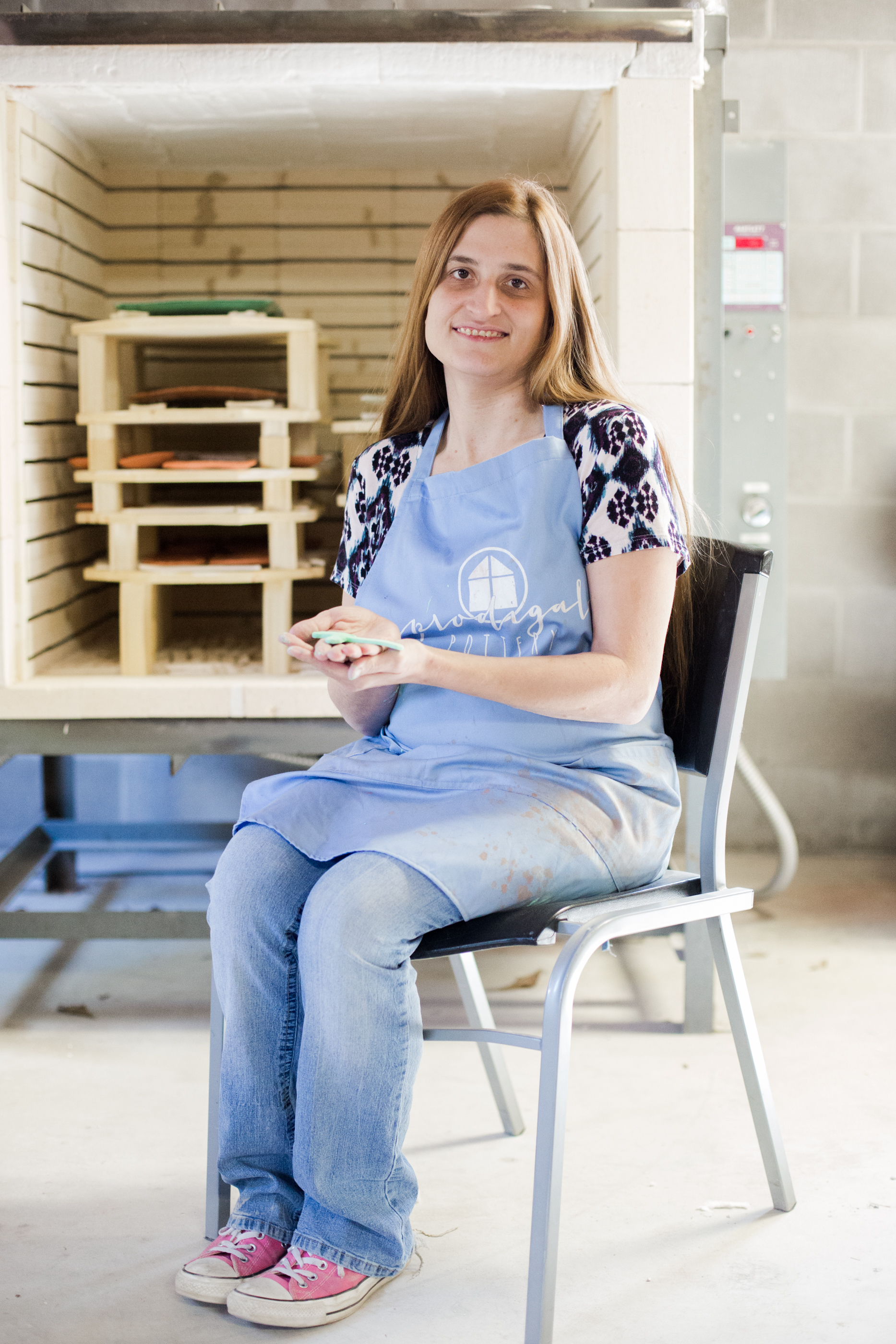 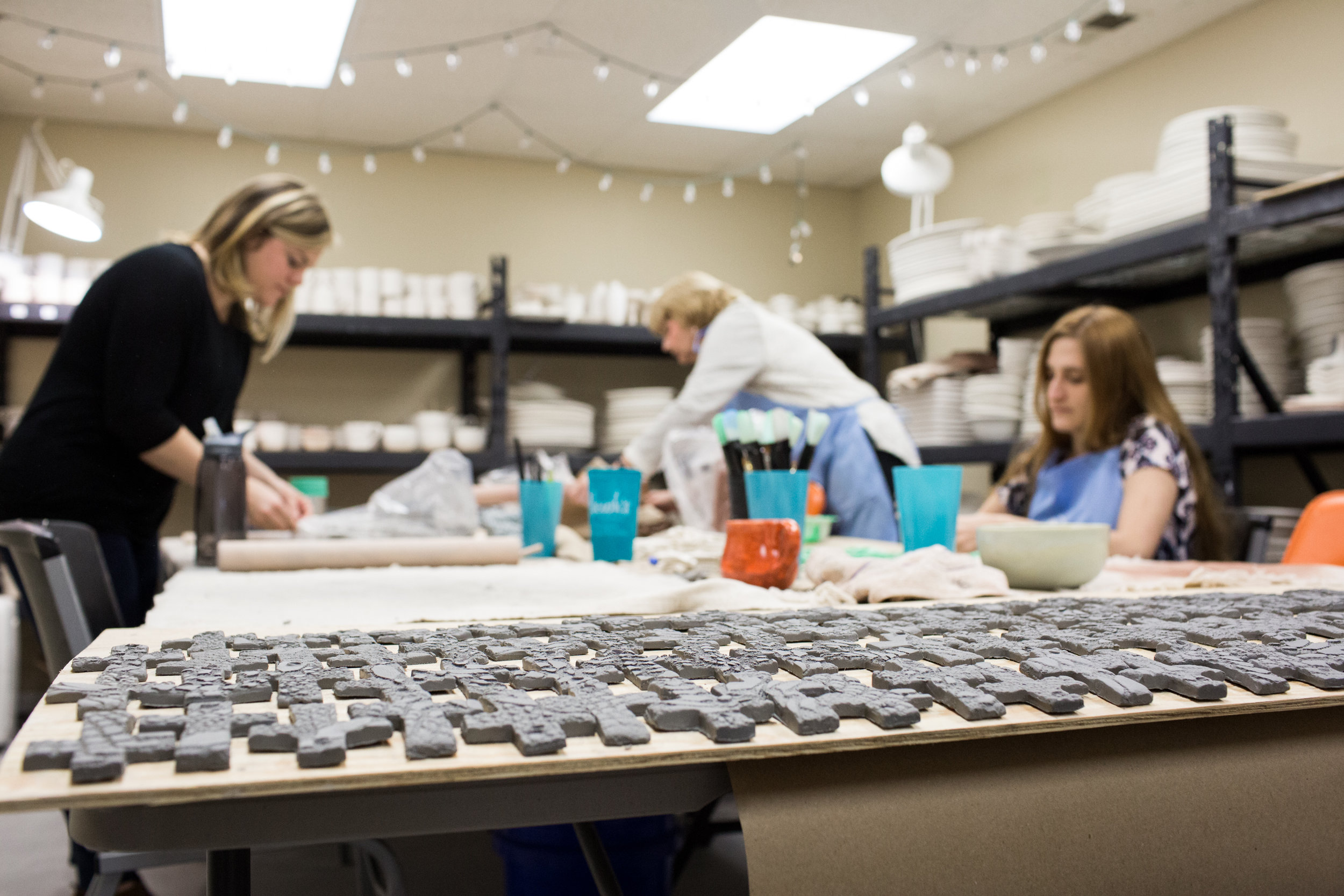 Need cheap hosting for just $10/year? Or VPS, where plans starts with $6/Mo?

During this season of giving, we would like to share an audio visual project that is very special to us, as well as and the man who brought it to our attention: Broderick Connessero. We are so thankful for the work he’s doing in Memphis and the intentionality of his church in the Orange Mound community. We are happy to be partnering with Broderick, and we hope that you are blessed by his story!

­I recently sat down for a few minutes with David Lewis, Worship Pastor at Living Hope Church in Piperton, Tennessee to discuss his personal journey into his current profession.  Tim Johnson, Redwire's Founder, has worked alongside David for over a decade, and considers David to be a good friend. Over five years ago, David encouraged Tim to create this company.  Living Hope Church was one of Redwire AV’s early customers, and many of the employees at Redwire have a connection to Living Hope and/or David Lewis in some capacity.  We are so thankful his support over the years, and we hope this interview blesses you!